Can Tim Draper Fix California With Your Help?

This came over the e-mail transom and thought I would share it with you. 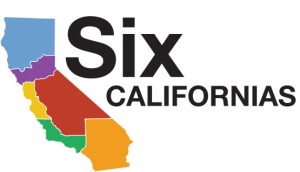 As you may have heard, the Six Californias Initiative did not qualify for the November 2016 ballot. But that does not mean that the issues that California faces have disappeared. We heard from many Californians all over the state who had really good questions about the initiative and ideas of their own to improve the state.

We’ve been listening and are excited to invite you to continue the conversation about the best ways to fundamentally transform California. I have formed a new nonprofit organization called Innovate Your State, and we’re launching the Fix California Challenge.

Thanks for staying involved with us. Together we can do great things to improve California.

The Six Californian’s initiative failed, what is the probability that this initiative will succeed?

Freelance writer and climate change blogger. Russ spent twenty years in the Air Force as a navigator specializing in electronics warfare and digital systems. After his service he was employed for sixteen years as concept developer for TRW, an aerospace and automotive company, and then was CEO of a non-profit Internet provider for 18 months. Russ's articles have appeared in Comstock's Business, Capitol Journal, Trailer Life, Monitoring Times, and Idaho Magazine.
View all posts by Russ Steele →
This entry was posted in California, Economics, Jobs and Economy and tagged California. Bookmark the permalink.
%d bloggers like this: